In 1901 all the building numbers (except for a few very small lanes) in South Melbourne were changed.  This was because the area where the Town Hall now stands was originally part of the land on which the Melbourne Protestant Orphan Asylum was built in 1855. This Government grant of land was bounded by Dorcas, Clarendon, Park and Cecil Streets. Both Dorcas and Park Streets each had an East and West street, with each starting at number 1. Many of the streets in South Melbourne running East to West also had two sets of numbers, causing much confusion to anyone looking for a particular address. By 1900 the South Melbourne Council decided that confusion had reigned long enough and changed the numbers.

The new numbers in this book are still the same today. When researching the history of a South Melbourne property, it is important to understand that if the house was built earlier that 1900, it would likely have had a different number. The South Melbourne Number Changes Book allows you to easily search your street name, cross streets, and current street number, to determine the pre-1900 street number.

Streets A to D 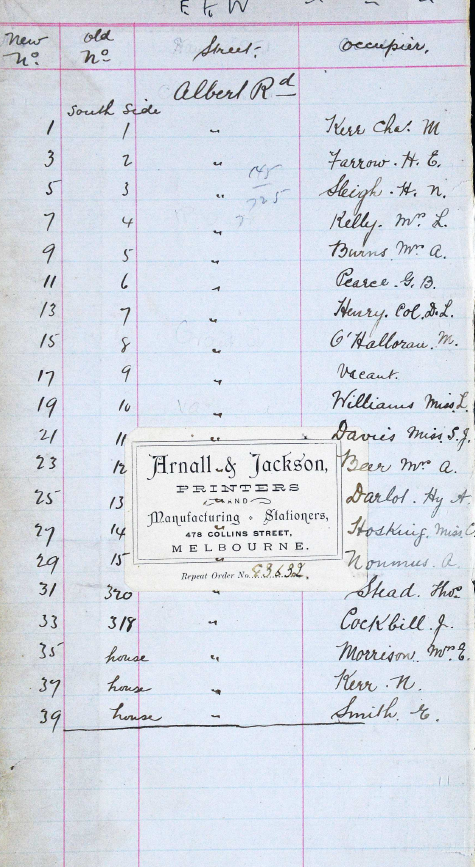